Home Dogs How To Woman Abandons Her Dog Along Missouri Road – Gets Caught On Video...

Real talk: having one or more pets is not an easy thing. Taking care of them requires dedication, effort and resources. Pet owners also need to realize the responsibilities that go along with having pets.

On July 10, 2018, at 10:13 in the morning, a heart-breaking video was captured by Glenn Blake’s security camera. In a very hot temperature of around 96 degrees in Missouri, a poor dog was left off by a speeding car near his residence. It was a case of dog dumping which happens a lot of times in his area.

Many saw the video posted on Facebook and people were disheartened because the dog tried to keep up and chase the car that left him. The exact place where it happened was at Farm Road 148 and Farm Road 205, off of Hwy D, three miles east of Springfield, MO.

In the state of Missouri, intentionally abandoning animals is prohibited by law. So, with the help of the video, the Greene County Sheriff’s Office was immediately alerted. Headed by Deputy Turner, the search and rescue operation was conducted.

Thanks to the effort of the GCSO team, the dog had been located and saved timely. However, due to hot weather, the dog had been dehydrated and had developed some blisters on his feet. He was immediately given some water and got his burns treated.

After what happened, the police were on a look out what for the irresponsible dog owner. As seen on the video, the offender was a female. She will be charged accordingly for her unlawful action. 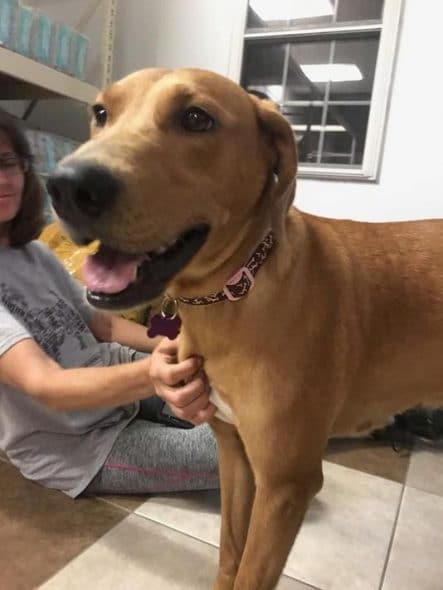 On the other hand, the abandoned dog was turned over to a dog rescue shelter named Rescue One. It is a dog shelter and adoption center in Springfield. There, the dog will be taken cared of while waiting for a deserving pet owner who would never leave him.

Thanks, Life with Dogs, for sharing with us this story.